Can we please have a setting to remove Extra Gore in Path of Exile? Playing a crit-phys build or just with Belly/BoR makes the gameplay so shitty, honestly. I don’t even believe GGG likes the consequences of not being able to see anything with all the blood flying around.

This time around with Abyss I was playing Blade Flurry crit and when the abysses popped I just couldn’t see the moves of the rare mobs, making me just being able to react to little stuff, and that’s not funny at all when the rares have skills that in some cases can even “oneshot” you. Having enough path of exile currency is important. 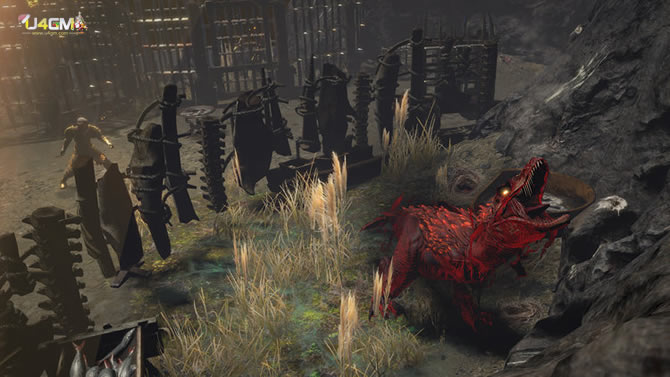 We also need a setting to reduce particles. I still refuse to play in groups of 3 or more because you literally can’t see anything that’s happening on the screen. Once the ascendancy stuff hits you’ll be able to do a 6-totem frostbolt totem build. I’m going to fill that screen with so many balls it’s going to make Pornhub’s CEO retire.

For sure. The game looks beautiful until you start to actually use skills and then it looks like some amateur game where the devs didn’t know when to stop with the particles and bright lights. The entire grim esthetic is lost in the chaos if mismatching skill effects.

Some players think that Extra Gore with a fast build turns the game into a Jack Pollock painting simulator. Alternatively I would prefer that instead of every single hit proccing blood non-stop all the time, that the gore effect would be a lot less frequent but when it procced mobs would implode in a huge burst of blood. That way it wouldn’t be a constant eye-sore and felt more impactful.

In fact, with the exceptions of Gorebreaker and Bloodplay, every single item with the Extra Gore modifier has been near-mandatory for specific commonly used builds, at some point or another: Facebreaker (basically mandatory for unarmed builds), Carnage Heart (critical in many builds which depend on leech), Belly of the Beast (life is always good), Carcass Jack (was BIS during the AoE meta), The Bringer of Rain (was super common for melee/block builds).